Tenor Jack LiVigni is the founder and General Director of Mediterranean Opera Studio and Festival.

Jack (Gioacchino) is a fortunate and humble recipient of this knowledge handed down to him by his father and mentor Salvatore.  He observed his father in action both as a dramatic tenor and as a teacher. “My home was a an opera club everyday… students coming and going… some accomplished, some beginners.  It was very helpful to see my dad spot and resolve vocal issues” – says Mr. Livigni.

Mr. Li Vigni’s technical heritage encompasses the traditional and modern aesthetics of singing.  His father studied initially in Rome with instructors from the Santa Caecilia Academy, where the heritage of Antonio Cotogni’s pedagogy shaped the institution for many years (teacher of Lauri Volpi, Gigli, Battistini, etc). Salvatore eventually studied in Pesaro with Arturo Melocchi (Mario Del Monaco, Franco Corelli, etc).  The spectrum of Italian technique was handed down from father to son.  This allows Mr. Li Vigni to approach voice types in different ways based on the desires and aesthetic preferences of the singers.

Gioacchino also coached and studied with many legendary singers and teachers, like Franco Corelli, Carlo Bergonzi, Arrigo Pola, Gianni Raimondi, and others.

I believe Jack is the ideal person to have been leading the work done by The Mediterranean Opera Studio.  His love and commitment to the development of young and talented Opera singers is at the highest of levels.    Not only his vast wisdom of the voice and all it’s mysteries, but his complete devotion to teaching the newer generations of singers the traditions of the past greats show his enormous love for the art of the classical voice.   This is rare and much prized in the singing world to both students of voice and to the lover of voices.  Jack’s love and knowledge of this art is a precious commodity!

As a teacher Gioacchino has a keen ear for hearing vocal issues and explaining their impact. He not only explains why something is wrong, but demonstrates in his singing the incorrect vocal set up and migrates slowly to the correct way, explaining the technical principles involved, and giving the student immediate auditory examples along with technical instructions; and goes through this process for all voice types.  He often teaches for 10 hour stretches, retaining in tact the freshness of his voice, easily singing the highest ranges after a whole day of demonstrations.  ”I have to be careful in demonstrating the wrong things… because even doing them once in a long day of teaching can make me pay a price by the end of the teaching day”, says Jack.  He is at home teaching all voice types because of his exposure to pedagogy in action at home, at AVA, and ultimately on international stages.  Clearly the adage :”those who can’t do it, teach” does not apply to Mr. Li Vigni. His ability to show why technique works sets him apart from many of today’s instructors, because it helps students to hear their mistakes in someone else’s voice and then receive instructions on how to fix it, and have the process demonstrated. 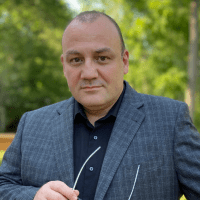