David Gowland studied at the Royal College of Music, where he won several prizes for piano accompaniment, and at the National Opera Studio. He joined the Glyndebourne music staff in 1987, won the 1988 Jani Strasser Award, and worked there for 20 years. He was Head of Music Staff at the Grand Théâtre de Genève 1989-96, assisting conductors such as Tate, Patané, Jordan, Bartoletti, Thielemann, Plasson, Elder, de Waart, Bertini and Campanella. He has worked as assistant conductor/senior coach with companies including Opéra National de Paris, Dutch National Opera, Royal Danish Opera, Opera di Roma, Teatro San Carlo di Napoli, Théâtre Capitole de Toulouse, Teatro Real di Madrid and the Festivals of Aix-en-Provence, Chorégies de Orange, Salzburg and Wexford. He was senior coach on The Ring under Jeffrey Tate in Australia. He has conducted Die Dreigroschenoper for RADA. Concert work has included the Edinburgh and Aldeburgh Festivals and the BBC Proms. He is a visiting tutor at the National Opera Studio, British Youth Opera, Scottish Opera Emerging Artists, New National Theatre Tokyo and all the major British conservatoires. He is a regular jury member for national and international competitions and has given masterclasses in Stockholm, Amsterdam, Barcelona, Lithuania, Istanbul, Tokyo, Beijing, Seoul and Tasmania. He has been associated with the Young Artists Programme at the Royal Opera House since its inception in 2000, initially as Director of Musical Preparation and from 2006 as Artistic Director, and regularly accompanies the Jette Parker Young Artists in recitals. Recent collaborations on the concert platform include Nelly Miricioiu at St John’s Smith Square and Eri Nakamura in Tokyo and Osaka. 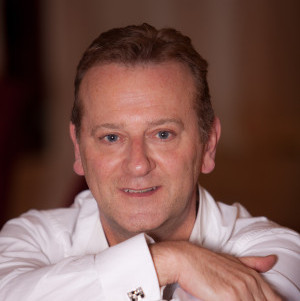