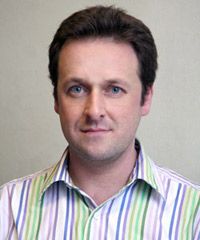 Steven was born in Lancashire. He studied music at Durham University before going on to study piano accompaniment at the RNCM and to train as a coach and repetiteur at the National Opera Studio.

Since then Steven has worked principally at Glyndebourne where he is now a senior coach. He has worked most recently on L’Heure Espagnol and L’Enfant et les Sortileges with Kazushi Ono and Falstaff with Sir Mark Elder. This summer he will be involved with new productions of Der Rosenkavalier conducted by Glyndebourne’s new chief conductor, Robin Ticciati, and La Traviata with Sir Mark Elder.

He also works regularly for De Nederlandse Opera in Amsterdam where he recently prepared Der Rosenkavalier with Sir Simon Rattle, Don Carlos with Yannick Nezet Seguin and Prokofiev’s The Gambler with Marc Albrecht.

He was senior coach on The Rape of Lucretia at the ROH Covent Garden, and was music and language coach on David McVicar’s new production of The Turn of the Screw at the Mariinsky Theatre, St. Petersburg, conducted by Valery Gergiev.

Steven coaches both at the National Opera Studio and for British Youth Opera, and works regularly as a concert accompanist.