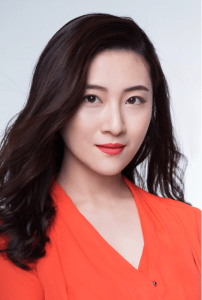 Born in Guangzhou, China to an artistic family, soprano Sitong Liu is currently an opera performance postgraduate student at the Sydney Conservatorium of Music. She received the annual Greenberg Gurney Jensen Fund Scholarship, and is currently studying under Dr. Rowena Cowley.

Sitong has a wide variety of performance experience all over the world, mainly in China, United States and Australia. As a soloist with Guangdong Experimental High School Choir, she constantly performed throughout Asia and Europe. She also competed in the 5th World Choir Games in Graz, Austria in 2008, winning 1 champion, 2 gold metals, and in World Choir Championships in Korea in 2009, winning 2nd place. In 2012, she volunteered to work in 7th World Choir Games in Cincinnati, United States, in which she also competed as an honor returning member and soloist of this choir, winning 1 champion, 3 gold metals, 1 silver metal. In 2014, as a member of CSUF University Singers, she performed in John Williams ‘Maestro of the Movies’ with Los Angeles Philharmonic, conducted by John Williams, and has performed Beethoven’s Choral Fantasy with Pacific Symphony conducted by Carl St. Clair at SOKA University of America. She regularly performed with the univerity orchestra during her undergraduate study in CSUF, including annual New Year Concerts Deck the Hall, Beethoven’s Symphony No.9, Fauré’s Requiem in D minor, and Brahms’ Ein Deutsches Requiem.

After graduating from United States, she went back to China, constantly giving recitals and performances. She sang in Music concert series for 10th Jinzhong Chinese Golden Bell Award in 2015, and was invited to give recitals for the public culture concert series of “Gongyi Wenhua Chunfengxing” in Guangzhou throughout the year of 2015 and 2016. She has also taught voice, harmony, musicianship, music performance and music history at music academies in United States, China and Australia. During her five years of study in United States, she started her operatic performance experience with singing in opera scenes in The Magic Flute(in English), Spanish operetta La Chulapona by Federico Moreno Torroba, The Ballad of Baby Doe by the American composer Douglas Moore. Within the Sydney Conservatorium Opera School, she has performed the roles 1st Lady in The Magic Flute and Satirino in La Calisto, and is going to perform in Les Mamelles de Tirésias and Don Giovanni this year.