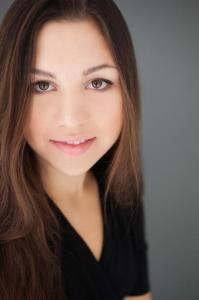 Soprano, Phoebe Dinga, received her Artist Diploma (Diplôme Supérieur d’Art Lyrique) in 2017 from Ecole Normale de Musique de Paris Alfred Cortot.  Ms. Dinga has performed recitals internationally in  Austria with baritone, Vladimir Chernov, and in Sweden with Philipp Vogler.  Recently, she was awarded a scholarship from the Mayflower Choral Society, won second place at the Elaine Malbin Soprano Competition, and was a semi-finalist at the New York Lyric Opera Competition. In 2016, Ms. Dinga was a finalist in the Maria Holt Competition. Operatic roles performed include Manon in Manon, Ilia in Idomeneo, First Lady in Die Zauberflöte, Diana in Orpheus in the Underworld, Suor Genovieffa in Suor Angelica, and Fortuna in L’Incoronazione di Poppea. Musical theater credits include Millie in Thoroughly Modern Millie and Cinderella in Into the Woods. She received full scholarship from the Ann Vossen Memorial Fund and merit scholarship to complete her undergraduate degree at University of California, Los Angeles.  Ms. Dinga has over 20 years of experience as a professional Polynesian dancer.