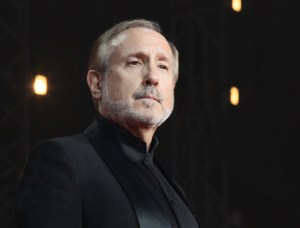 Highlights of recent years include La Juive, Carmen & Luisa Miller at the Metropolitan Opera; Manon Lescaut, Ernani, Peter Grimes, Billy Budd, Pique Dame, Idomeneo and Romeo et Juliette at the Vienna Staatsoper; Un Ballo in Maschera, Ernani, La Juive, at the Zurich Opera House; Les Contes d’Hoffmann and Tosca at Teatro alla Scala; Les Contes d’Hoffmann and Don Carlos at the Salzburg Festival and Opéra Bastille, Paris; and Un Ballo in Maschera, Carmen and Tosca at the Lyric Opera of Chicago. In the 2013/14 season, he debuted as Canio in Pagliacci at the Vienna Staatsoper, as well as, Calaf in Turandot at the Vienna Volksoper. In May 2015, a special Gala concert celebrating the 40th year of his singing career was presented by the Vienna Staatsoper and live-streamed worldwide and included the participation of his esteemed colleagues Anja Silja, Krassimira Stoyanova and Ferruccio Furlanetto. In addition, the publisher Parthas will soon be releasing a biography on his 40 year career!

He is a Grammy nominated recording artist with an extensive discography of both solo and full-length opera recordings and DVD’s, including complete opera DVD performances of La Bohème, La Traviata, Hoffmann and La Juive. Additionally, released by Deutsche Grammophone, is a documentary on “The

Making of La Juive” directed by Paula Fisher. Included in this DVD is a music video of the famous aria “Rachel du Seigneur” directed by Academy Award Winner Sidney Lumet.

His numerous honors include being honored with the Chevalier de L’Ordre des Arts et des Lettres from France. In addition, he is an Ehrenmitglied (Honorary Member), as well as, Kammersänger of the Vienna Staatsoper. As well, was awarded the highest honors bestowed upon a civilian from not only the city of Vienna, Austria, but from the country of Austria. In 2011, he received Russia’s highest singing and acting honor with the Golden Mask award for his performance of Eleazar in La Juive. In June 2015, he received the Austrian MusikTheaterPreis for his life’s work. Additionally, he is an Honorary Board Member of the Jussi Bjoerling Society and The Jewish Museum of Vienna. In the 2015/2016 season, he was also named Chief of the Opera of the Mikhailovsky Theatre in St. Petersburg, Russia.

In recent years, he has become known as a celebrated teacher, sharing his gifts and knowledge with the next generation. He is often a recurring guest teacher with the Bolshoi Opera of Moscow, the Merola program of the San Francisco Opera, the Mikhailovsky Theater of St. Petersburg, the Canadian Opera Company, the Dresden Semperoper, the Novosibirsk Opera Theatre, the Oslo Opera, the Santa Fe Opera and the Teatr Wielki in Warsaw, Poland. In December 2013, a 3 week intense program called “Tenors! Tenors! Tenors!” found its beginnings in NYC under the sponsorship of the Richard Tucker Foundation. His foray into Asia with the Central Conservatory in Beijing occurred in May 2015, where he was honored with the title of Recurring Guest Professor. Exciting new teaching additions include the Sochi Winter Arts Festival and Academy (Russia), Oper Frankfurt, the Glyndebourne Festival, Opera Theatre of St. Louis, the Royal Opera House and visiting Artist-in-Residence at the Juilliard School of Music. Beginning with the 2017/18 season, he will be a “Voice Teacher and Master Coach” for the Washington National Opera’s Domingo-Cafritz Young Artist Program.

Additionally, he has been an adjudicator for the Richard Tucker Foundation, the Grand Prix de L’Opera in Bucharest, the Marcello Viotti Competition, the Moniuszko Competition, as well as, the 2013 BBC Cardiff Singer of the World Competition.