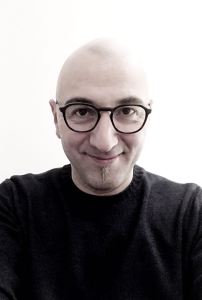 Since 1999, Felice Venanzoni is Maestro (Korrepetitor) for Oper Frankfurt (Germany), and since 2002 also covers the role of Studienleiter (director of musical studies) there.

Felice is from Macerata, Italy. He graduated in piano with the highest honors under the guidance of Lorenzo Bavaj at the Conservatory of Pesaro. He expanded his musical training with Sergio Fiorentino, Viktor Merzhanov and Pier Narciso Masi.

After the first steps in the world of opera as a substitute teacher at the Sferisterio Arena of Macerata (1994), Maestro Venanzoni began working regularly with the Association As.Li.Co. in Milan as coach, House and Stage Maestro, and accompanist for numerous courses and masterclasses (Leyla Gencer, Renata Scotto, Rockwell Blake, Edoardo Müller).

In 2008 he was musical assistant and the fortepiano continuo at the Salzburg Festival for Mozart’s Don Giovanni (B. de Billy / K. Guth / Wiener Philharmoniker), production for which he directed the reprisals in 2010 and 2011 under the musical direction of Yannick Nézet-Séguin.

Maestro Felice Venanzoni works as a continuo player and assistant music with Jean Christoph Spinosi and Ensemble Matheus in his opera productions and concerts in France, Germany, Austria, America and Canada.

He has recorded for RAI (RAI Radio 2 and 3) and recorded several CDs for RCA Red Seal (Italian Art Songs) and Musicaimmagine of Rome (world premiere recording of “Fantasies and entertainment on the works of Verdi” Give and G. A. Panzini, for piano six hands).