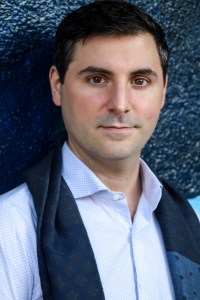 Maximiliano Illanes Campetella is a tenor from Patagonia, Argentina. This summer he will be singing Pinkerton in Madama Butterfly and Don Basilio in Le nozze di Figaro with Mediterranean Opera Studio & Festival in Sicily. He will also sing Prunier in La Rondine with Varna International Opera Academy in Bulgaria.

Last year he made his first appearance in Chicago singing Judge Danforth in The Crucible by J. Ward with Chicago Summer Opera. In New York, he sang Don Basilio and Don Curzio in Le Nozze di Figaro and covered Tamino in “Die Zauberflöte” with the Manhattan Opera Studio. He also performed in a Gala Concert at Carnegie Hall on July 19th with the same company.

Mr Illanes Campetella has started his training in Chicago with his current Voice Teacher Professor W. Stephen Smith in 2016 and has coached with Carol Smith, Ken Smith, Susana Cardonnet and Cesar Tello. He has participated in “The Naked Voice Institute” at Bienen School of Music, Northwestern University, Chicago, Illinois. There he studied with W. Stephen Smith and Gene B. Roberts, and performed selections from Manon in the closing gala concert at Mary B. Galvin Hall.

In Argentina, he has been a member of the National Polyphonic Choir in collaboration with the National Symphony Orchestra, and a choir member in Juventus Lyrica Opera company. He has performed Don Ramiro in La Cenerentola , Don Ottavio in Don Giovanni and Tamino in Die Zauberflöte . He made his undergraduate studies at the U.N.A., University of the Arts Major in Voice and Choral Conducting in Buenos Aires.