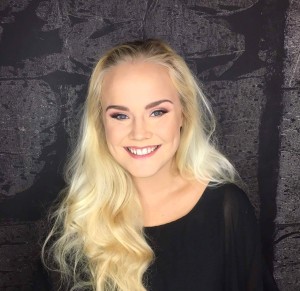 Marta Kristin Fridriksdottir is a 22 year old soprano from Iceland.

Last fall she started her studies at the University of Music and Performing Arts Vienna with Univ.-Prof. Regine Köbler.

Despite Marta’s young age she won the first classical singing competition ever held in Iceland, “Vox Domini” in January 2017.

Before moving to Vienna, she studied at The Reykjavik academy of singing and vocal arts, where she took part in various projects and productions.  Her last project there was singing Pamina in a full length orchestra production of The magic flute by W. A. Mozart in 2017.  She finished her DipABRSM in 2017 (where she passed with distinction) under the guidance of Signý Sæmundsdóttir.

She has taken part in Masterclasses with Univ.-Prof. Claudia Visca, Paul Phoenix (former tenor with the king’s singers), vocal coach Janet Haney and the Vladimir Gertz.

Marta gained her first singing experience at the early age of 8 as a member of “Stulknakor Reykjavikur” which allowed her to travel around Europe and experience some of the world’s most famous concert halls and churches, not only with the choir but also as a soloist.