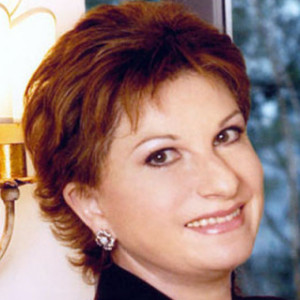 Legendary Soprano Mariella Devia joins the MOSF staff this year. We are excited and honored to have her with us.

Mariella Devia is an Italian operatic coloratura soprano, well known for performing many roles in the bel canto repertoire.

Born in Chiusavecchia, Devia trained at the Accademia Nazionale di Santa Cecilia in Rome with Iolanda Magnoni. She made her stage debut in Treviso in the title role of Lucia di Lammermoor in 1973 and quickly sang throughout Italy, making her debut at La Scala in Milan in 1987, as Giulietta in I Capuleti e i Montecchi.

On the international scene, she appeared at the Metropolitan Opera from 1979 to 1994 as Lucia, Gilda and Constanze, and at Carnegie Hall as Lakmé, in 1979. She made her debut at the Paris Opera and the Aix-en-Provence Festival in 1987, and at the Royal Opera House in London in 1988.

She was a regular at the Pesaro Festival and at the Festival della Valle d’Itria in Martina Franca, where she won great acclaim in the resurrection of long neglected operas by Rossini, Donizetti, Bellini and other bel canto composers. She is also admired in Mozart operas, especially as Constanze in Die Entführung aus dem Serail, as well as Verdi’s Gilda and Violetta. In 2013, the day after her 65th birthday, she performed for the first time the role of Norma at the Teatro Comunale di Bologna with great success.

On June 5, 2014, after a 15-year absence from the United States, she returned for a performance of Roberto Devereux at New York’s Carnegie Hall with the Opera Orchestra of New York to great audience and critical acclaim.