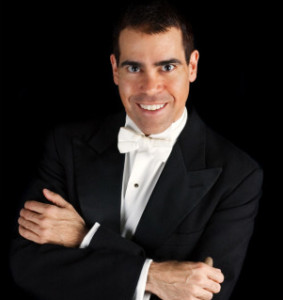 As a recitalist and accompanist Kamal Khan has appeared in venues such as Alice Tully Hall, Carnegie Hall and Weill Hall in New York, The Kennedy Center in Washington DC,  Gran Teatro Liceu and the Palau de la Música Catalana in Barcelona, Suntory Hall and Casals Hall in Tokyo, the Palau de Congressos in Andorra and the Baxter Concert Hall and Montecasino in South Africa with singers such as Juan Pons, June Anderson, Veronica Villarroel, Pretty Yende, Justino Diaz, Lauren Flanigan, Herman Prey and Ainoha Arteta.

Prof. Khan is head of the Opera School at the University of Cape Town. He has been Assistant Conductor at the Metropolitan Opera and Resident Conductor and Chorus Master of the Palm Beach Opera where he founded the Resident Artist Program.He was also Resident Conductor of the Opera Festival in Tenerife and Head of Faculty of the International School of Vocal Study of the Balearic Islands.  Additionally he has worked with the Mannes College of Music, the Manhattan School of Music in New York, the International Vocal Arts Institute, European Center for Vocal Arts, Chautauqua School of Music, Opera Theatre of St Louis, Ravinia Festival and Glimmerglass Opera. He has given masterclasses at the Opera Hogskolan at the University of the Arts in Stockholm, the Royal Irish Academy of Music in Dublin, the University of Michigan, and Georgia State University in Atlanta.

A native of Washington DC, Kamal Khan was the recipient from the first National Foundation for the Advancement of the Arts prize, he is also received prizes and grants from the National Association of Music Teachers and the National Symphony Orchestra and the PBS- Channel 13 documentary “I Live to Sing” based on his work in South Africa won the 2014 EMMY for best cultural programing http://www.thirteen.org/program-content/i-live-to-sing-full-program/