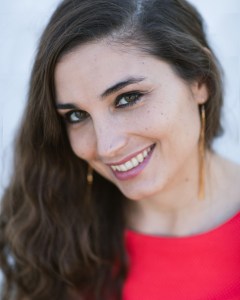 Mezzo-soprano Julie Silva has recently performed as Charlotte Malcolm in A Little Night Music with the Natchez Festival of Music, as Annio in La clemenza di Tito with LOLA, and as Mary in the American premiere of Door with One Ounce Opera. Her engagements for the 2018-2019 season include solo recitals with Austin Opera’s Opera Treasure Chest program, a return to Austin’s South by Southwest Conference and Music Festival, a role premiere with One Ounce Opera, as well as numerous recital and concert endeavors.

In 2017, Julie joined the iSING! International Young Artists Festival in China, where she performed Chinese art song with the Suzhou Symphony Orchestra. Julie has been engaged as a young artist with the Utah Festival Artist program, the Natchez Festival of Music resident artist program (where she performed Un Pastore in Tosca, Gepetto/The Cat in Pinocchio, and Edith in The Pirates of Penzance), OperaWorks!, Opera in the Ozarks (where she performed Ruth in The Pirates of Penzance and Kate Pinkerton in Madama Butterfly), and the Bay Area Summer Opera Theatre Institute (where she performed Sesto in Giulio Cesare). Additional roles in Julie’s repertoire include Siébel (Faust), Cherubino (Le nozze di Figaro), Hansel (Hansel and Gretel), Stéphano (Roméo et Juliette), and Flora (La traviata). Julie received her Masters in Vocal Performance from the University of North Texas.