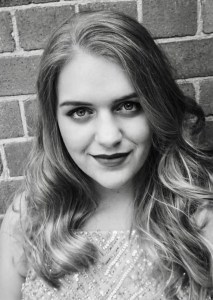 Jessica is currently completing the Masters of Music Studies (Opera Performance) after graduating from the Bachelor of Music Performance (Voice) at the Sydney Conservatorium, studying with Maree Ryan AM.  At the Conservatorium, Jessica was awarded the Diane Wishart Scholarship (2014-17) for academic and musical excellence, and has participated in public and private masterclasses with coaches from the US and Europe, as well as traveling to London to work with Baroque specialist Miriam Allan. In 2017, Jessica performed the role of ‘Ida’ in Operantic’s production of Die Fledermaus, and was part of the Conservatorium’s prestigious ESTIVO summer school program, in Verona, Italy.  She was awarded third place in the JSRB Foundation’s inaugural Sydney Song Prize, adjudicated by Richard Bonynge, and performed as a soloist in the Macquarie Singer’s double bill of Purcell’s Dido & Aeneas and The Fairy Queen. Sydney highlights include lead soprano for St Mary’s Cathedral’s ‘Red Mass,’ (2017-18) and the role of ‘Peggy’ in Operantic’s original cabaret for the Sydney Fringe Festival. In May 2018, Jessica will perform the role of ‘Thérèse’ in Poulenc’s Les mamelles de Tirésias with ConOpera.