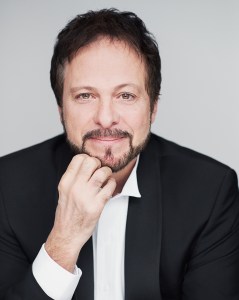 Esteemed as an interpreter of the French and Italian repertoire, lyric baritone Gino Quilico has performed throughout his career with the world’s major opera companies, including the Metropolitan Opera (New York), La Scala (Milano), The Royal Opera (London), Vienna Staatsoper and the Paris Opera. Mr. Quilico has worked with such distinguished conductors as Herbert Von Karajan, Leonard Bernstein, Riccardo Chailly, Seiji Ozawa, James Levine, Lorin Maazel, Zubin Mehta, George Prêtre and Kent Nagano. He made his Metropolitan Opera debut in 1987 as Lescaut in “Manon” and has regularly returned since in over 150 performances. In the year 1987 Gino and Louis Quilico became the first father and son to ever perform at the Metropolitan Opera of New York. Mr. Quilico has performed for Her Majesty Queen Elizabeth II in Ottawa at the National Arts Center and was also invited to sing, in private audience, for Prince Charles and Princess Diana at the Canadian Embassy in London, England. His work life has not been exclusively dedicated to opera and music. In 1990, he is one of the rare Canadians to be dubbed a Goodwill Ambassador by the United Nations High Commission For Refugees. In 1988 the Canadian Music Council named him Artist of the Year. In 1993 in recognition of his outstanding accomplishments in and contributions to the world of music, Mr Quilico was appointed an Officer of the Order of Canada. Over twenty opera recordings, including a Gold record for his recording (Noel) with Novem and a Grammy Award for his participation in the recording of Les Troyens with the Montreal Symphony Orchestra (Decca). Last year Mr. Quilico was nominated at l’ADISQ for his recording “Serata d’Amore” with Analekta.