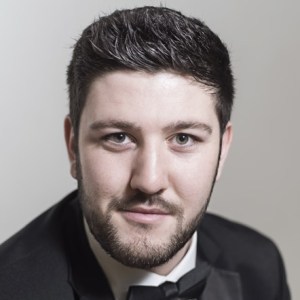 Emyr is a 17/18 National Opera Studio Young Artist, in what will be their 40th Anniversary Year. He is very grateful to be sponsored by The Carne Trust, Mr Chris Ball, The Banham Foundation, Help Musicians Sybil Tutton Award, The Welsh Livery Guild, and the Opera Awards Foundation.