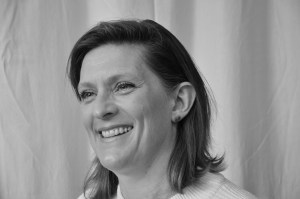 Elizabeth Rowe studied music at Birmingham University and piano accompaniment at the Royal Academy of Music under Denis Matthews, Frank Wibaut and John Streets. After gaining a place at the National Opera Studio, sponsored by the Royal Opera House, Elizabeth free-lanced as a répétiteur with Scottish Opera and English Touring Opera before joining the Music Staff at English National Opera from 1997- 2004. Whilst at ENO she worked on numerous productions notably: Berg’s Lulu, Wagner’s Ring Cycle and the world premieres of David Sawyer’s “From Morning to Midnight” and Mark-Anthony Turnage’s “The Silver Tassie”.

Elizabeth has been Head of Music for Opera Holland Park and Mid Wales Opera, and Music Director for the 2017 and 2019 Opera Highlights Tours at Scottish Opera.

A frequent recital accompanist, Elizabeth has most recently performed concerts with Gillian Keith, Tom Randle and Nicky Spence as well as leading masterclasses with Sir John Tomlinson and Dame Felicity Palmer. In 2015 she was invited to become pianist and Music Director for an annual festival of song and opera on the island of Sark.

With an international reputation as a vocal coach in both opera and song, Elizabeth coaches both singers and pianists at many prestigious training organisations. These include: the Jette Parker Young Artist Programme at the Royal Opera, CanadianOpera Company’s Young Artist Ensemble, The Danish Royal Opera Academy, the North Sea Vocal Academy and British Youth Opera. Furthermore, she has been Assistant Head of Music for the National Opera Studio, and Course Director for Birkbeck University of London Opera Course.

In 2018 Elizabeth was invited as Music Director to the Royal Danish Opera Academy, and led masterclasses in Belgrade for Operosa, the International Opera Training Organisation.

Elizabeth also currently holds several positions at the Guildhall School of Music and Drama where she works with postgraduates, fellows, and students on the Opera School. She is Senior Vocal Coach and English Language Coach, the Head of the Répétiteur Course and the Music Director for the Opera School Scenes.

In 2015 Elizabeth was elected an Associate of the Royal Academy of Music.