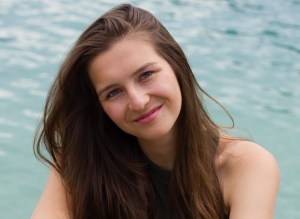 The young Soprano Diana Kantner was born in Vienna, Austria, where she started her musical career at the Vienna State Opera Youth Choir at the age of eight.

She is currently based in Germany where she is in her final year of her Bachelor of Music, studying with Prof. Ruth Ziesak. Since starting her training at the University of Music Saar, Diana has been branching out into solo performances all around Germany, as well as concerts in Vienna, Luxembourg and France. She has held song recitals and is regularly performing Bach cantatas as a Soloist within the concert series BACHkantaten in Saarbrücken at the Festival Silbermann Saint-Quirin in France.

Her debut performance at the Saarländisches Staatstheater (Saarland State Theater) was in June 2017 when she performed as 3. Edelknabe in R. Wagner’s “Tannhäuser”. Her upcoming engagement will see her take on the role of Atis in the opera “Croesus” by R. Keiser, in a co-production of Saarländisches Staatstheater and the University of Music Saar. Summer 2018 will take the young Soprano to the Mediterranean Opera Studio and Festival (MOFS) to take on the role of Susanna in “Le Nozze di Figaro” by W. A. Mozart.