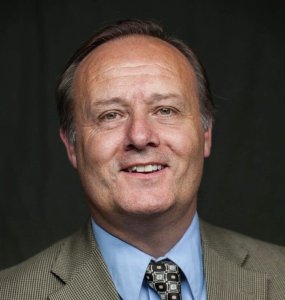 Darell Babidge is chair of the voice faculty at The Juilliard School. Darrell was born in Bournemouth, England. He graduated from the Royal Northern College of Music in the U.K in vocal performance and received his Master’s degree from Brigham Young University and his Professional degree in vocal performance from the Manhattan School of Music, funded by Birgitt Nilsson. While still a student, he performed the title role of Britten’s ‘Owen Wingrave’ with the Glyndebourne Festival Opera and London Philharmonic Orchestra. Darrell has performed in Europe, America and Asia, and in venues that include the Metropolitan Opera and Carnegie Hall.Darrell joined the Juilliard Vocal Arts department in the fall of 2019. He also began teaching the Metropolitan Opera Lindemann Young Artists and the Fellow Scholars of Lin-Manual Miranda (‘Hamilton’) in 2020.

He was on the voice faculty at Brigham Young University from 2006-2019, and taught the Utah Opera Resident Artists and the Arizona Opera Studio Artists as their resident teacher. During the summer he is a vocal coach with Dolora Zajick at the Institute for Young Dramatic Voices, and will be teaching at Santa Fe Opera this year.

His students have become winners of the following competitions: Metropolitan Opera National Council, George London, Operalia, Eleanor McCollum (Houston Grand Opera), Licia-Albanese Puccini, and Naumburg. Students have also recorded for Decca, Deutsche Grammaphon and Sony, with a nomination for a Grammy award. Soprano, Rachel Willis-Sørensen was a guest artist on Jonas Kaufmann’s album ‘Wien’ in 2019 and will record her first solo album for Sony this year.