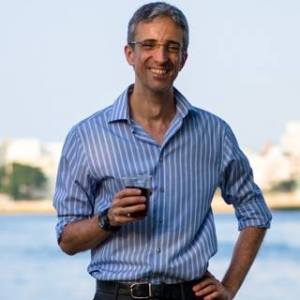 DANIELE PIATELLI has over twenty years of experienced as a pianst, vocal coach and conductor. Currently, he is engaged as vocal coach/repetiteur at the Royal Opera Academy in Copenhagen. Previously, he collaborated with institutions such as the Caramoor Festival, Palm Beach Opera, Sarasota Opera, Chicago Opera Theater, the New National Theatre in Tokyo, San Francisco Opera Center, Arena di Verona, Teatro Municipal Santiago.

A native of Florence, Italy, Daniele Piattelli graduated from the Cherubini Conservatory with a degree in piano performance, and completed a three-year postgraduate program with Bruno Canino in Seveso. He received a four-year Composition degree from the Milan Conservatory and studied conducting with J. Panula, D. Gilbert and J. Colaneri.

Mr. Piattelli`s career as opera coach began in 1990 at the Teatro Sperimentale of Spoleto, where he first won a scholarship, and was then engaged as repetiteur. In 1994 he was selected for the Young Artists` Program of the Teatro alla Scala in Milan.

From 1995 to 1999, Mr. Piattelli was on the music staff at the Arena di Verona, where he was repetiteur for the Opera and served as accompanist for the Ballet Company under the direction of Carla Fracci and Robert North. In 1999 he was invited by the Teatro Municipal in Santiago, Chile, to coach and perform Cosi fan tutee.

In 1999 Daniele Piattelli moved to Philadelphia, where he collaborated with several local musical institutions, such as the Academy of Vocal Arts, University of the Arts, Temple University, the Pennsylvania Ballet, Bahome Opera Trenton, and Swathmore College. In the summer 2000 he coached and played continuo for Barbiere di Siviglia at the Operafestival di Roma.

In the summer 2001, Daniele Piattelli was selected to take part in the Merole Program of the San Francisco Opera, where he was invited for two consecutive seasons. He also joined the SFO`s Western Opera Theater for the 2002 Boheme tour, and was awarded a Merola Career Grant for studies in conducting.

In the fall 2002, Daniele Piattelli joined the music staff at Manhattan School. Since, he collaborated as coach and cover conductor with numerous companies and universities around the US and abroad; among these are the Caramoor Festival, the Palm Beach Opera, Sarasota Opera, Chicago Opera Theater, the New National Theatre in Tokyo, Yale University, Fletcher Institute, Bronx Opera, Assisi Festival, Operaworks, Oberlin in Italy.