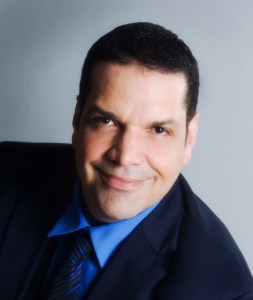 Equally comfortable on the concert stage, Conde made his Carnegie Hall debut with the Opera Orchestra of New York in its productions of La gioconda and La fanciulladel West. He has also sung with the New York Philharmonic, under the baton of Sir Colin Davis, performing the role of Somarone in Béatrice et Bénédict at Lincoln Center.

Dr. Conde received a Doctor of Music Arts degree from State University of New York at Stony Brook and is an alumnus of the Juilliard Opera Center.

In the 1992 Metropolitan Opera National Council Auditions he was a first-place district and first-place regional winner and national finalist. He also won the José Moscoso Award in the 1995 Sullivan Foundation Competition, was a Finalist in the 1992 Luciano Pavarotti Competiton, and First Prize in the 1989 Palm Beach Opera Competition.

Dr. Conde is widely known as a professor of voice and as an opera-performing-practice lecturer, teaching at the International Vocal Arts Institutes in Tel Aviv, Virginia, and Montreal; the Sociedad Internacional de Valores Mexicanos (SIVAM); the José Cuervo Academy and International Festival in Jalisco (Mexico), the Juilliard School’s Pre-College Division; The City University of New York, and at the Sagrado Corazón University in Puerto Rico, where at present he is the Founder Director of the Musical Arts Institute.  Dr. Conde has previously taught at Mannes, Brooklyn College, Rutgers University in New Jersey, the Inter-American University of Puerto Rico, the Texas Tech University, and the University of Miami, and was Chancellor at the Puerto Rico Music Conservatory.