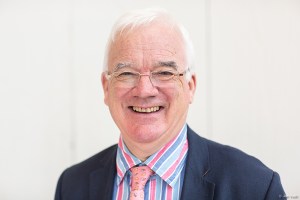 Brian Dickie has worked in opera for more than fifty years and stepped down in August 2012 as General Director of Chicago Opera Theater where he had been since 1999.

He has been Chairman of the Jury for Pre-selections for the Bertelsmann Foundation’s biennial Neue Stimmen Competition since 1999.  In this capacity he has been responsible for auditioning singers in Asia, Europe, South Africa, Australia, and both North and South America.

He has conducted audition and career advice sessions with young singers widely, including at the late Lorin Maazel’s Castleton Festival 2012-2014.

He will be conducting auditions for Neue Stimmen in Asia, Europe, South Africa, and the USA throughout the spring and summer of 2017, as well as serving on the Artistic Advisory Committee of England’s Garsington Opera summer festival.